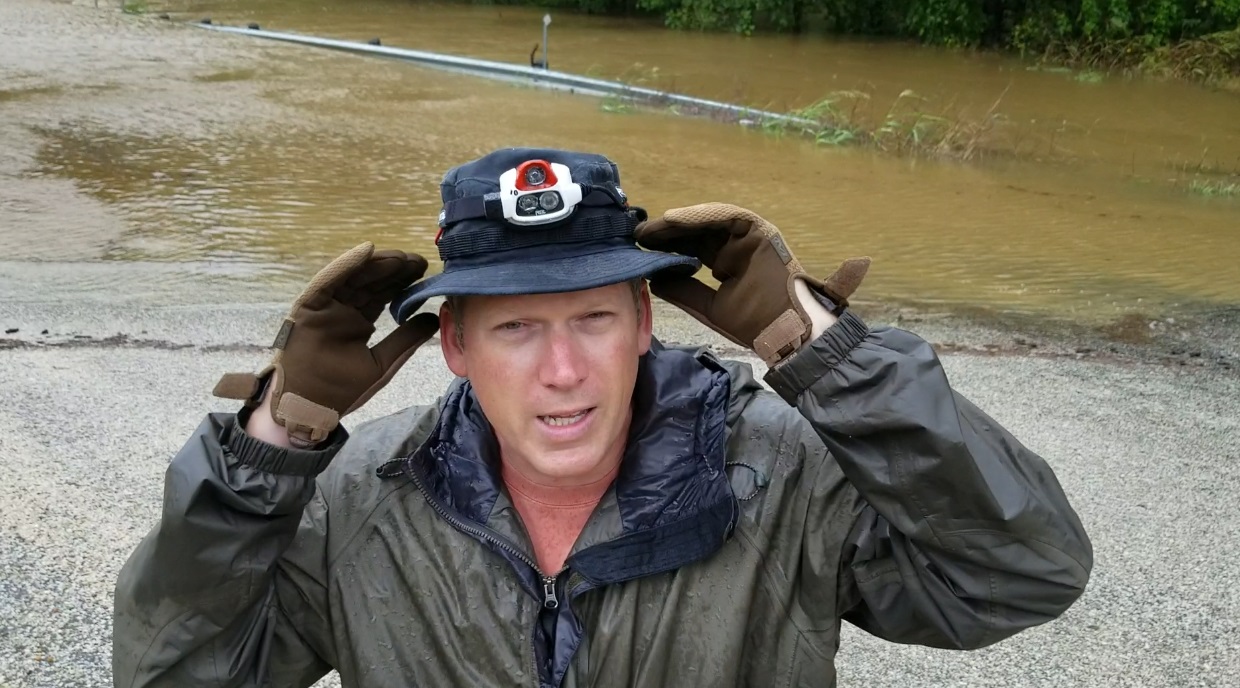 News from inside Hurricane Harvey:

Local towns are experiencing so much flooding that some are cutting off municipal water supplies.

This is on top of the power grid outages, cell phone outages, store closures and widespread road closures that have taken place here in the last 12 hours.

For the time being, everyone is on their own, with little available outside help. I’ve seen tweets of people pleading to be rescued as their homes flood, and those are the lucky ones who still have bandwidth access. Many people are completely cut off with no services at all: No electricity, no municipal water, no 911 response services, etc. As much as I want to help these people, I can’t even get to them (and neither can anyone else).

Hurricane Harvey is a strong reminder that prepping is the best insurance you can buy. While surrounding areas had no power, I cranked up my John Deere tractor with a PTO generator, providing power to my entire property for the cost of about two gallons of diesel per hour. This tractor-generator setup is virtually EMP-proof as long as you’re using an older tractor, like the one shown below. I call it the “ultimate backup generator” arrangement, and it’s mobile by design (photo courtesy of Steambrite.com) Quick list of services that have been cut off or FAILED

This is in no way a criticism of emergency response services in Texas, by the way. Governor Abbott is doing a fantastic job, and local responders are also on the ball, saving lives by the hour. Texas has a powerful spirit of survival and preparedness, and that’s why the body count has been so low, given the “end of the world” prognostications we’ve been hearing from the media.

Despite the best efforts of everyone involved, however, this storm is flat-out brutal in terms of the volume of rain it’s dropping on a concentrated area. The flooding is truly reaching apocalyptic levels, and no government, no matter how motivated, can stop a 25-foot wall of water rushing over the banks of a creek or river. (Be sure to follow more news on disaster preparedness at Disaster.news.)

With that in mind, here are some of the services that have been cut off. Let this be a reminder to everyone that in a dire emergency, you may not be able to rely on anyone but yourself. You may be cut off from help just like we’re seeing across much of Texas right now:

Despite all these failures, we’ve been just fine because we are always prepared with food, water filters, backup power, emergency medicine, self-defense firearms, radios, flashlights and so on.

The people who are hurting the worst are those who are not preppers, and many of those people think “prepping” is “stupid.”

Suddenly the tables are turned, it seems. Over about the last 36 hours, nearly everyone in Texas gradually came to realize that preppers are the real geniuses. Prepping, it turns out, is the best insurance you can buy.

About the author: Mike Adams (aka the “Health Ranger“) is a best selling author (#1 best selling science book on Amazon.com called “Food Forensics“), an environmental scientist, a patent holder for a cesium radioactive isotope elimination invention, a multiple award winner for outstanding journalism, a science news publisher and influential commentator on topics ranging from science and medicine to culture and politics. Follow his videos, podcasts, websites and science projects at the links below.

Mike Adams serves as the founding editor of NaturalNews.com and the lab science director of an internationally accredited (ISO 17025) analytical laboratory known as CWC Labs. There, he was awarded a Certificate of Excellence for achieving extremely high accuracy in the analysis of toxic elements in unknown water samples using ICP-MS instrumentation. Adams is also highly proficient in running liquid chromatography, ion chromatography and mass spectrometry time-of-flight analytical instrumentation. He has also achieved numerous laboratory breakthroughs in the programming of automated liquid handling robots for sample preparation and external standards prep.

The U.S. patent office has awarded Mike Adams patent NO. US 9526751 B2 for the invention of “Cesium Eliminator,” a lifesaving invention that removes up to 95% of radioactive cesium from the human digestive tract. Adams has pledged to donate full patent licensing rights to any state or national government that needs to manufacture the product to save human lives in the aftermath of a nuclear accident, disaster, act of war or act of terrorism. He has also stockpiled 10,000 kg of raw material to manufacture Cesium Eliminator in a Texas warehouse, and plans to donate the finished product to help save lives in Texas when the next nuclear event occurs. No independent scientist in the world has done more research on the removal of radioactive elements from the human digestive tract.

Adams is a person of color whose ancestors include Africans and American Indians. He is of Native American heritage, which he credits as inspiring his “Health Ranger” passion for protecting life and nature against the destruction caused by chemicals, heavy metals and other forms of pollution.

Adams is the founder and publisher of the open source science journal Natural Science Journal, the author of numerous peer-reviewed science papers published by the journal, and the author of the world’s first book that published ICP-MS heavy metals analysis results for foods, dietary supplements, pet food, spices and fast food. The book is entitled Food Forensics and is published by BenBella Books.

In his laboratory research, Adams has made numerous food safety breakthroughs such as revealing rice protein products imported from Asia to be contaminated with toxic heavy metals like lead, cadmium and tungsten. Adams was the first food science researcher to document high levels of tungsten in superfoods. He also discovered over 11 ppm lead in imported mangosteen powder, and led an industry-wide voluntary agreement to limit heavy metals in rice protein products.

In addition to his lab work, Adams is also the (non-paid) executive director of the non-profit Consumer Wellness Center (CWC), an organization that redirects 100% of its donations receipts to grant programs that teach children and women how to grow their own food or vastly improve their nutrition. Through the non-profit CWC, Adams also launched Nutrition Rescue, a program that donates essential vitamins to people in need. Click here to see some of the CWC success stories.

With a background in science and software technology, Adams is the original founder of the email newsletter technology company known as Arial Software. Using his technical experience combined with his love for natural health, Adams developed and deployed the content management system currently driving NaturalNews.com. He also engineered the high-level statistical algorithms that power SCIENCE.naturalnews.com, a massive research resource featuring over 10 million scientific studies.

Adams has also helped defend the rights of home gardeners and protect the medical freedom rights of parents. Adams is widely recognized to have made a remarkable global impact on issues like GMOs, vaccines, nutrition therapies, human consciousness.

In addition to his activism, Adams is an accomplished musician who has released over fifteen popular songs covering a variety of activism topics.

Click here to read a more detailed bio on Mike Adams, the Health Ranger, at HealthRanger.com.

Find more science, news, commentary and inventions from the Health Ranger at: 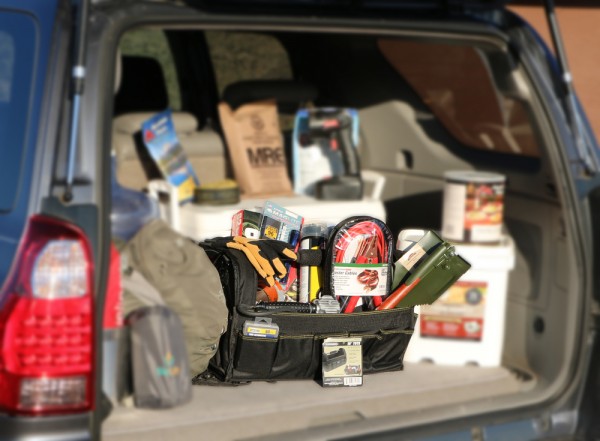 How to create an at-home survival kit on a budget 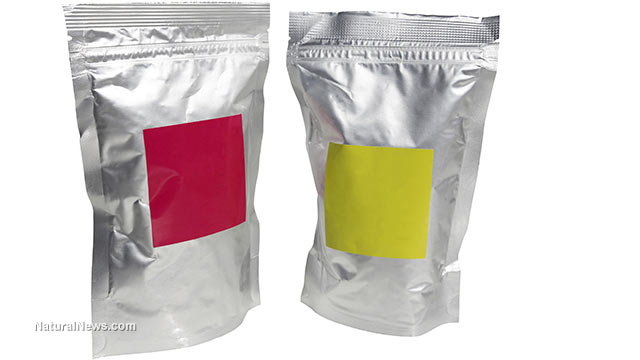 How to easily repackage your survival food for long term storage 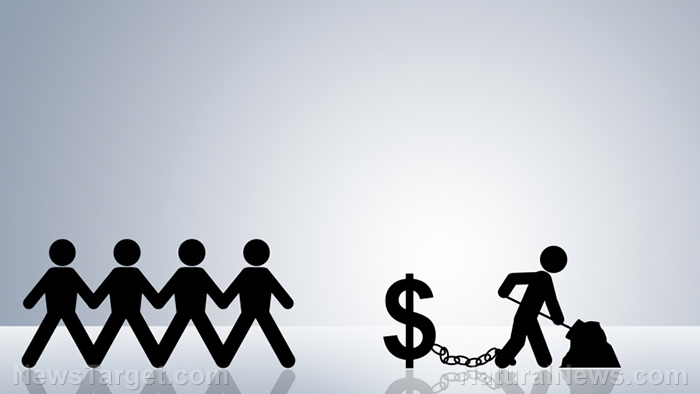 The total financial meltdown of Illinois draws near; the first of many states plungi [...]